The standoff isn’t about tribal rights or water, but a White House that ignores the rule of law. 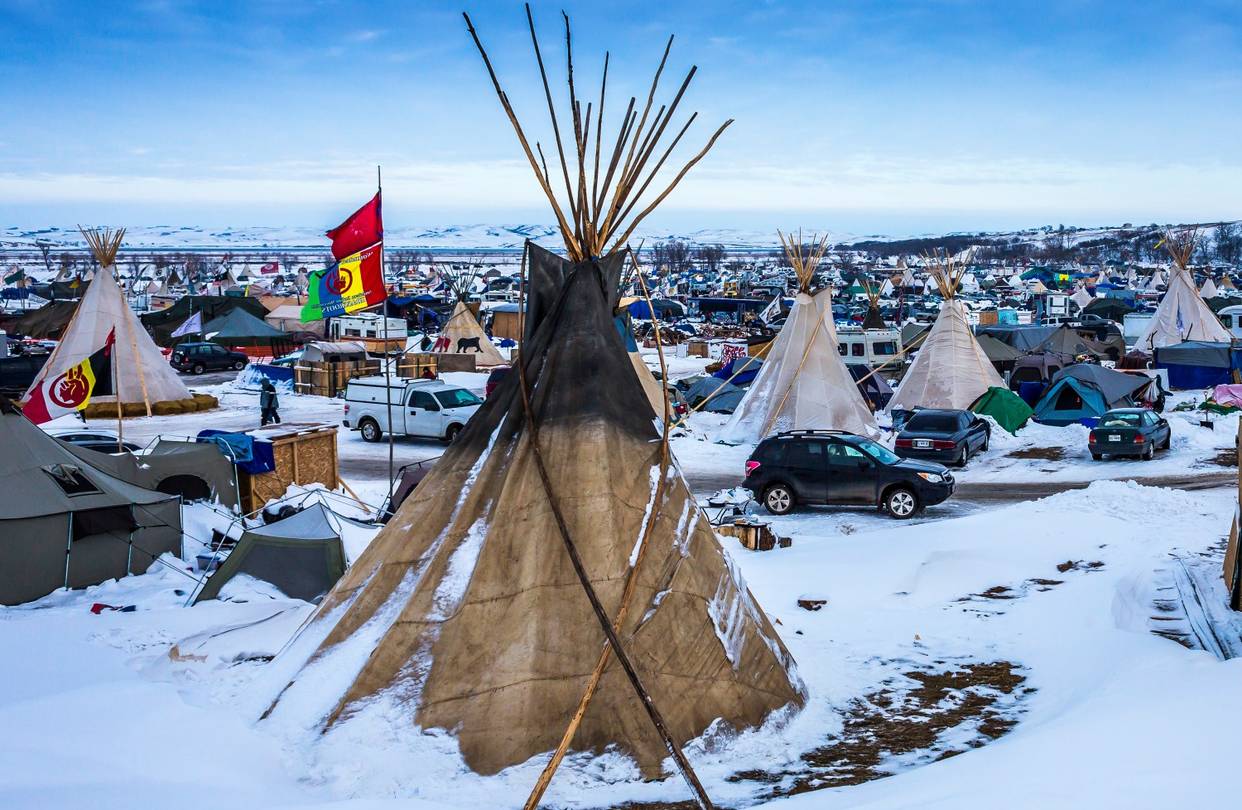 A little more than two weeks ago, during a confrontation between protesters and law enforcement, an improvised explosive device was detonated on a public bridge in southern North Dakota. That was simply the latest manifestation of the “prayerful” and “peaceful” protests against the Dakota Access Pipeline.

Escalating tensions were temporarily defused Sunday when the U.S. Army Corps of Engineers, at the direction of the Obama administration, announced it would refuse to grant the final permit needed to complete the $3.8 billion project. The pipeline, which runs nearly 1,200 miles from the Bakken Shale in North Dakota to Illinois, is nearly complete except for a small section where it needs to pass under the Missouri River. Denying the permit for that construction only punts the issue to next month—to a new president who won’t thumb his nose at the rule of law.

Like many North Dakotans, I’ve had to endure preaching about the pipeline from the press, environmental activists, musicians and politicians in other states. More often than not, these sermons are informed by little more than a Facebook post. At the risk of spoiling the protesters’ narrative, I’d like to bring us back to ground truth.

• This isn’t about tribal rights or protecting cultural resources. The pipeline does not cross any land owned by the Standing Rock Sioux. The land under discussion belongs to private owners and the federal government. To suggest that the Standing Rock tribe has the legal ability to block the pipeline is to turn America’s property rights upside down.

• Two federal courts have rejected claims that the tribe wasn’t consulted. The project’s developer and the Army Corps made dozens of overtures to the Standing Rock Sioux over more than two years. Often these attempts were ignored or rejected, with the message that the tribe would only accept termination of the project.

• Other tribes and parties did participate in the process. More than 50 tribes were consulted, and their concerns resulted in 140 adjustments to the pipeline’s route. The project’s developer and the Army Corps were clearly concerned about protecting tribal artifacts and cultural sites. Any claim otherwise is unsupported by the record. The pipeline’s route was also studied—and ultimately supported—by the North Dakota Public Service Commission (on which I formerly served), the State Historic Preservation Office, and multiple independent archaeologists.

• This isn’t about water protection. Years before the pipeline was announced, the tribe was working with the Bureau of Reclamation and the Army Corps to relocate its drinking-water intake. The new site sits roughly 70 miles downstream of where the pipeline is slated to cross the Missouri River. Notably, the new intake, according to the Bureau of Reclamation, will be 1.6 miles downstream of an elevated railroad bridge that carries tanker cars carrying crude oil.

Other pipelines carrying oil, gas and refined products already cross the Missouri River at least a dozen times upstream of the tribe’s intake. The corridor where the Dakota Access Pipeline will run is directly adjacent to another pipeline, which carries natural gas under the riverbed, as well as an overhead electric transmission line. This site was chosen because it is largely a brownfield area that was disturbed long ago by previous infrastructure.

• This isn’t about the climate. The oil that will be shipped through the pipeline is already being produced. But right now it is transported in more carbon-intensive ways, such as by railroad or long-haul tanker truck. So trying to thwart the pipeline to reduce greenhouse gas could have the opposite effect.

So what is the pipeline dispute really about? Political expediency in a White House that does not see itself as being bound by the rule of law. The Obama administration has decided to build a political legacy rather than lead the country. It is facilitating an illegal occupation that has grown wildly out of control. That the economy depends on a consistent and predictable permitting regime seems never to have crossed the president’s mind.

There is no doubt that Native American communities have historically suffered at the hands of the federal government. But to litigate that history on the back of a legally permitted river crossing is absurd. The Obama administration should enforce the law, release the easement and conclude this dangerous standoff.

Mr. Cramer, a Republican, represents North Dakota in the U.S. House. As a member of the North Dakota Public Service Commission (2003-12) he helped site the original Keystone Pipeline completed in 2010.