Robert Bryce: The Real Climate ‘Deniers’ Are the Greens

For years, greens and many on the political left have insisted that widespread adoption of renewable energy will create jobs and stimulate the economy. An example: In September 2008, then-candidate Barack Obama claimed at a speech in Golden, Colo., that his planned investments in “green” energy would create “five million new jobs that pay well and can’t ever be outsourced.”

It was all bunk.

Proof came last month when both the European Union and the German government announced separately that they were both rolling back aggressive subsidies and mandates for renewable energy. The reason: staggering costs. Spain has racked up some $35 billion in debt—known as the “tariff deficit”—thanks to excessive renewable-energy subsidies. In Germany, renewable-energy subsidies are now costing German consumers and industry about $32 billion a year. The costs have become so onerous that on Jan. 21 Germany’s economy and energy minister Sigmar Gabriel told energy conference attendees in Berlin that his country is risking “dramatic deindustrialization” if it doesn’t reduce energy costs.

In December, the Center for European Policy Studies, a Brussels-based think tank, reported that European steelmakers are paying twice as much for electricity and four times as much for natural gas as their U.S. competitors. In Denmark, that wonderland for wind-energy enthusiasts, residential electricity now costs about 41 cents per kilowatt-hour, more than three times the U.S. average rate.

Europe’s decision to slow down on renewables suggests that the term “climate denier” needs an overhaul. For the past decade or so, this has been the label for anyone who questions climate change models or the forecasts derived from them. But the lesson from Europe is that the environmentalists who have been relentlessly hawking renewables are the real deniers. 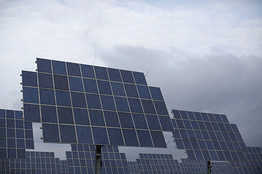 They have denied the costs that renewable energy mandates impose on the European economy. They’ve denied the environmental benefits of increased natural gas use in the U.S. And they continue to deny the difficulty of addressing carbon-dioxide emissions on a global scale.

In December 2012, Robert F. Kennedy Jr. , a senior attorney for the Natural Resources Defense Council, co-wrote an op-ed in the New York Times in which he claimed that Germany’s solar-energy efforts should be copied by the U.S. because a “transition to renewable power could create millions of domestic jobs” and take a “substantial bite” out of America’s greenhouse-gas emissions.

If Mr. Kennedy wants to continue cutting those emissions, he should be encouraging the development of shale gas. In 2013, thanks largely to the use of horizontal drilling and hydraulic fracturing in shale formations, U.S. natural-gas production averaged 70 billion cubic feet a day, a record, and a 41% increase over 2005 levels. Lower-cost gas is reducing the domestic use of coal, which is cutting emissions. The Environmental Protection Agency reports that natural-gas-fired power plants emit about half as much carbon dioxide as comparable coal-fired ones.

Nevertheless, Mr. Kennedy denounced natural gas at a visit to Franklin and Marshall College last October, calling it “a catastrophe.” Bill McKibben, the founder of the environmental organization 350.org who has advocated enormous reductions in global hydrocarbon use, has made similar declarations. In a Jan. 21 op-ed in Politico that he wrote with Chesapeake Climate Action Network’s Mike Tidwell, he said natural gas “needs to stay in the ground” and that it is “just coal by another name.” Mr. McKibben’s energy prescription? U.S. states should “double and triple their wind and solar mandates.” He too believes the U.S. should follow Germany’s lead.

Mr. McKibben is denying the facts. Even though Germany has spent more than $100 billion subsidizing renewables since 2000, the country’s coal use is rising, as are its carbon-dioxide emissions, according to the BP Statistical Review. And Germany’s coal use may continue to grow as the country turns away from nuclear power. In the wake of the Fukushima disaster in 2011, Germany shut down eight of its nuclear reactors, and it plans to retire the rest by 2022. According to an October report from energy publisher Platts, some 7,300 megawatts of new coal plants will be brought online by next year.

It’s not just Germany. Global coal consumption jumped by about 55% over the past decade as demand for electricity has soared. That consumption is boosting global carbon-dioxide emissions, which have increased by 32% over that period, according to the BP Statistical Review. Relatively small reductions in carbon emissions in Europe or the U.S. won’t make a significant difference amid such rapid growth. Since 2005, China alone has increased its carbon-dioxide emissions by about 3.6 billion tons, or about four times the amount Germany emitted in 2012.

The reality is simple: The U.S. is the world leader in carbon policy. It has cut carbon-dioxide emissions more effectively than the EU while generating an economic boom from the shale revolution. In October 2013, Purdue University energy economist Wallace Tyner estimated that between 2008 and 2035 the shale revolution will add an average of $473 billion a year to the U.S. economy—or about 3% of current GDP. Using more natural gas in the U.S. sets an example for the rest of the world for economic growth, energy production and carbon dioxide.

But don’t bother trying to convince Messrs. Kennedy and McKibben and their allies. They would rather stay in climate denial.

Mr. Bryce is a senior fellow at the Manhattan Institute. This piece is excerpted from his forthcoming report for the institute on America’s energy advantages.