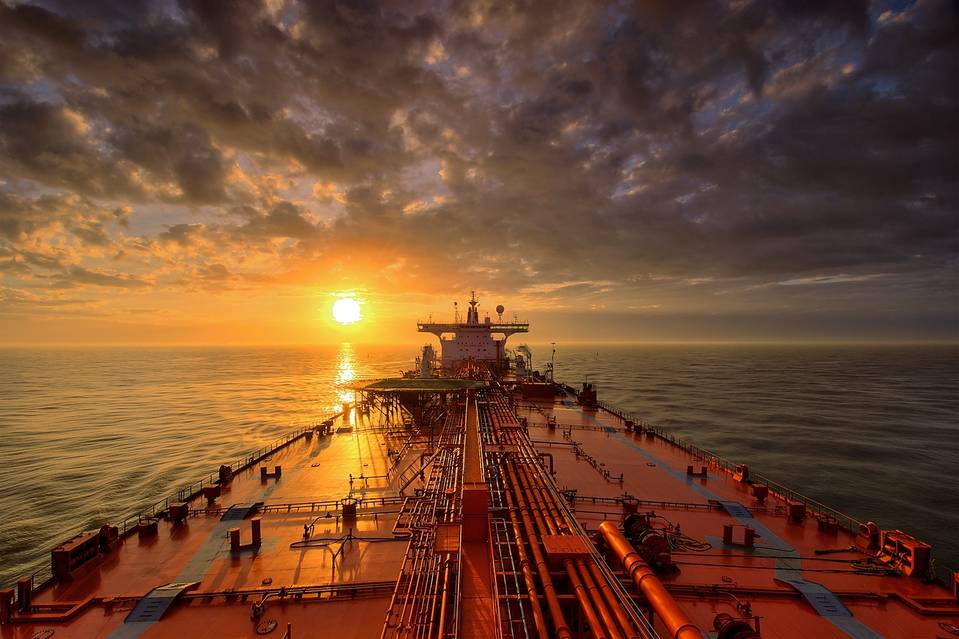 The United States faces a startling array of global security threats, demanding national resolve and the resolve of our closest allies in Europe and Asia. Iran’s moves to become a regional hegemon, Russia’s aggression in Ukraine, and conflicts driven by Islamic terrorism throughout the Middle East and North Africa are a few of the challenges calling for steadfast commitment to American democratic principles and military readiness. The pathway to achieving U.S. goals also can be economic—as simple as ensuring that allies and friends have access to secure supplies of energy.

Blocking access to these supplies is the ban on exporting U.S. crude oil that was enacted, along with domestic price controls, after the 1973 Arab oil embargo. The price controls ended in 1981 but the export ban lives on, though America is awash in oil.

The U.S. has broken free of its dependence on energy from unstable sources. Only 27% of the petroleum consumed here last year was imported, the lowest level in 30 years. Nearly half of those imports came from Canada and Mexico. But our friends and allies, particularly in Europe, do not enjoy the same degree of independence. The moment has come for the U.S. to deploy its oil and gas in support of its security interests around the world.

Consider Iran. Multilateral sanctions, including a cap on its oil exports, brought Tehran to the negotiating table. Those sanctions would have proved hollow without the surge in domestic U.S. crude oil production that displaced imports. Much of that foreign oil in turn found a home in European countries, which then reduced their imports of Iranian oil to zero.

The prospect of a nuclear agreement with Iran does not permit the U.S. to stand still. Once world economic growth increases the demand for oil, Iran is poised to ramp up its exports rapidly to nations whose reduced Iranian imports were critical to the sanctions’ success, including Japan, South Korea, Taiwan, Turkey, India and China. U.S. exports would help those countries diversify their sources and avoid returning to their former level of dependence on Iran.

More critically, if negotiations fail, or if Tehran fails to comply with its commitments, the sanctions should snap back into place, with an even tighter embargo on Iranian oil exports. It will be much harder to insist that other countries limit Iranian imports if the U.S. refuses to sell them its oil.

There are other threats arising from global oil suppliers that the U.S. cannot afford to ignore. Libya is racked by civil war and attacks by the Islamic State. Venezuela’s mismanaged economy is near collapse.

Most ominous is Russia’s energy stranglehold on Europe. Fourteen NATO countries buy 15% or more of their oil from Russia, with several countries in Eastern and Central Europe exceeding 50%. Russia is the sole or predominant source of natural gas for several European countries including Finland, Slovakia, Bulgaria and the Baltic states. Europe as a whole relies on Russia for more than a quarter of its natural gas.

Further, revenue from sales to Europe provides Russia with considerable financial resources to fund its aggression in Ukraine. That conflict could conceivably spread through Central Europe toward the Baltic states. So far, the trans-Atlantic alliance has held firm, but the trajectory of this conflict is unpredictable. The U.S. can provide friends and allies with a stable alternative to threats of supply disruption. This is a strategic imperative as well as a matter of economic self-interest.

The domestic shale energy boom has supported an estimated 2.1 million U.S. jobs, according to a 2013 IHS study, but the recent downturn in oil prices has led to massive cuts in capital spending for exploration and production. Layoffs in the oil patch have spread outward, notably to the steel industry. Lifting the export ban would put some of these workers back on the job and boost the U.S. economy.

Why, then, does the ban endure? Habit and myth have something to do with it. U.S. energy policy remains rooted in the scarcity mentality that took hold in the 1970s. Even now, public perception has yet to catch up to the reality that America has surpassed both Russia and Saudi Arabia as the world’s largest producer of liquid petroleum (exceeding 11 million barrels a day). The U.S. became the largest natural gas producer in 2010, and the federal government will now license exports of liquefied natural gas.

The fear that exporting U.S. oil would cause domestic gasoline prices to rise is misplaced. The U.S. already exports refined petroleum, including 875,000 barrels a day of gasoline in December 2014. The result is that U.S. gasoline prices approximate the world price. Several recent studies, including by the Brookings Institution, Resources for the Future and Rice University’s Center for Energy Studies, demonstrate that crude oil exports would actually put downward pressure on U.S. gasoline prices, as more oil supply hits the global market and lowers global prices.

Too often foreign-policy debates in America focus on issues such as how much military power should be deployed to the Middle East, whether the U.S. should provide arms to the Ukrainians, or what tougher economic sanctions should be imposed on Iran. Ignored is a powerful, nonlethal tool: America’s abundance of oil and natural gas. The U.S. remains the great arsenal of democracy. It should also be the great arsenal of energy.