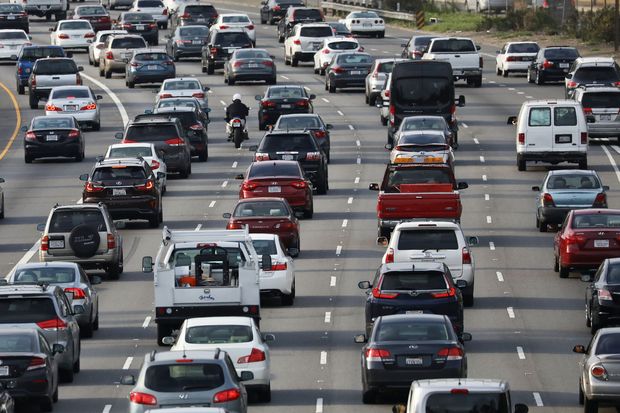 CNN and the Reagan administration were born in the same year. Presidencies have been partly a “reality show” ever since. The Donald Trump reality show this week turns to overhauling the Obama fuel-economy mandate. Let’s recall a few things about how those rules were born.

Team Obama’s target of 54.5 miles per gallon, as a congressional investigation later found, was not the product of science and engineering but the White House’s desire for an impressive sounding “headline number.” (The decimal was apparently included to show the White House had a sense of humor.)

So full of loopholes, credits (including for electric cars) and testing fudge was the scheme that the real outcome is now estimated at closer to 36 mpg. To this day, the media touts the White House’s 2011 claim of CO2 cuts of “6 billion metric tons over the life of the program.” Hunt down the authoritative source, the EPA’s Regulatory Impact Analysis filed with its final rule-makings, and it turns out the estimated savings are only 2.96 billion tons “over the lifetime of vehicles” covered by the program.

Not that the difference between six billion and three billion is meaningful. Total human emissions over the same period would be at least two trillion tons. The atmospheric reservoir currently holds about two trillion tons. Indeed, one consequence of chronic journalistic incuriosity on climate issues is that governments get away with “green” initiatives that are so ludicrously puny in relation to the biosphere, they amount to costs without benefits.

Then there’s this: While Mr. Obama was in office, the scheme was deliberately designed to prop up Detroit’s pickup and SUV profits so the administration could claim a successful auto rescue. A Toyota lobbyist called it a “second bailout for Detroit.” Still another enticement for the Big Three and UAW to participate in the Obama reality show was precisely today’s “midterm review,” allowing the onerous 2022-2025 targets to be reduced once Mr. Obama was gone from office.

In fact, our fuel-economy regime is best understood as an example of what the late economist Mancur Olson, not to mention many subsequent students of democratic sclerosis, would call reflexive elaboration of bureaucratic processes for their own sake.

The original purpose in 1975 was to offset the perverse effects of U.S. crude oil price controls that no longer exist. New justifications have been grafted on willy-nilly (energy independence, climate change). And yet if the program disappeared tomorrow, the only ones who would notice are the bureaucrats who enforce it. The nation’s car-buying and driving habits would hardly be hugely different. Even environmentalists, when the public isn’t listening, admit this approach to curbing fossil-fuel use is insane. Car buyers inevitably will seek to recoup their forced investment in fuel-saving technology by driving more miles (the so-called rebound effect).

Yet consider the New York Times’s unreasoning umbrage last week that the Trump administration might roll back the stated targets when industry lobbyists had only sought more fudge in the form of electric-car credits and bonus points. The effect would be the same either way. The Trump administration’s approach is just more honest—more reality, less show.

Then we have Oregon Sen. Jeff Merkley, who in his typically juvenile press release insisted on Monday that Mr. Trump and EPA Administrator Scott Pruitt are “OK with more childhood asthma.”

Uh huh. President Obama was OK with more childhood asthma too, since he didn’t set even steeper targets or ban gasoline altogether. The proper analysis, of course, starts with acknowledging trade-offs. Mr. Merkley would have to be a different kind of politician to contribute usefully to such a discussion. He reminds us that Mr. Trump’s role in degrading our political discourse can be exaggerated. It’s just that Mr. Merkley lacks the president’s knack for getting his idiocies widely broadcast.

Mr. Trump’s main innovation is the chaos he creates with his tweeting. Yet he may prove a deceptively standard president nonetheless, his success determined by a few broad initiatives, not the daily palpitations of the cable news. His tax reform changed the incentives facing investors. His deregulation push amounts to a fairly predictable reaction to the excesses of his predecessor.

You may have heard dire warnings that this time is different because California and 12 other states have taken advantage of past waivers to set their own fuel mileage rules. Catastrophically, auto makers would be forced to build two sets of cars for different parts of the country.

Don’t buy it. Of the 240-plus car models offered in the U.S., dozens are already compliant with California rules. Talk about a reality show. California car shoppers might be stuck with fewer choices compared with the rest of the country. They might have to pay higher prices for the penalized, noncompliant vehicles available elsewhere. All in all, this would amount to a useful lesson in living with the consequences of the policies they voted for.