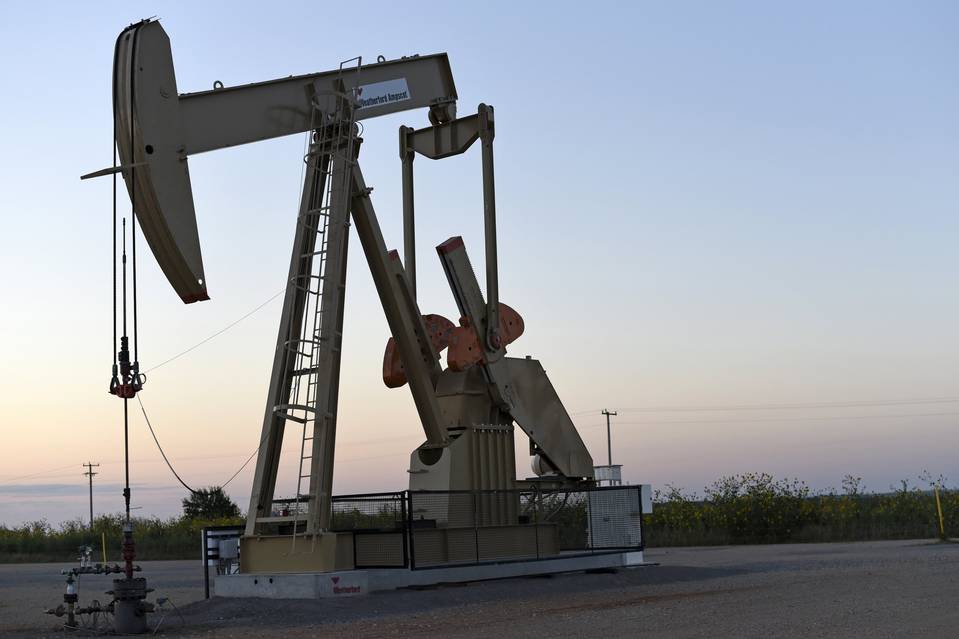 A pump jack operates at a well site leased by Devon Energy.
Devon is among the companies cutting production targets this year.
Photo: Rick Oxford/Reuters
By Erin Ailworth

Some of America’s biggest shale producers are beginning to ratchet back oil and gas production for the first time in years, bending to the reality that a global glut will keep prices depressed.

The production cuts, announced as shale companies reported dismal earnings in recent days, stand in stark contrast to the past year, when many U.S. drillers kept the taps turned on even as oil prices plunged from nearly $100 a barrel to about $30. American oil satisfies 10% of the world’s daily needs, putting U.S. production on par with output from Russia and Saudi Arabia.

The Organization of the Petroleum Exporting Countries continues to pump at full tilt, further pressuring higher-cost operators such as U.S. shale producers. Last week, Saudi Arabia oil minister Ali al-Naimi bluntly told a roomful of energy executives in Houston that the supply problem will only be resolved when low prices force companies to stop producing the oil that is most expensive to extract and sell.

So after years of boosting oil and gas flows across Oklahoma, Texas and North Dakota,  Continental Resources Inc. ,  Devon Energy Corp. and  Marathon Oil Corp.  say they plan to pull roughly 10% less from the ground in 2016 than they did last year.  EOG Resources Inc. joined the chorus Friday, telling investors it has curbed production and expects to pump 5% less oil this year.

One hurdle to throttling back production in the U.S. is that shale drillers have become more efficient, tapping wells faster, for less money, and coaxing more fuel out of each one. But other companies have been forced to keep pumping just to bring in cash so they could make interest payments on their heavy debt loads, or to satisfy lease obligations.

EOG, which lost money last year for the first time, is considered by many analysts to be the most efficient shale operator in the U.S. Chief Executive Bill Thomas said the company would only pump wells that give it a high rate of return—at least 30%—when U.S. crude sells for $40 a barrel.

One way companies are trying to put a lid on production this year is by waiting to pump wells they have already drilled. That trend is creating a large inventory of oil and gas wells that will be ready to turn on when crude prices finally do rebound.

“We just don’t want to bring anything else on in this environment until we see a recovery happen,” Continental Chief Executive Harold Hamm told analysts and investors on a call last week.

Once the biggest oil producer in North Dakota, Whiting lost $2.2 billion in 2015, mostly because it had to partially write down the value of a field in Texas. The company, which brought in $2 billion in revenue last year, is cutting its 2016 budget by 80%. 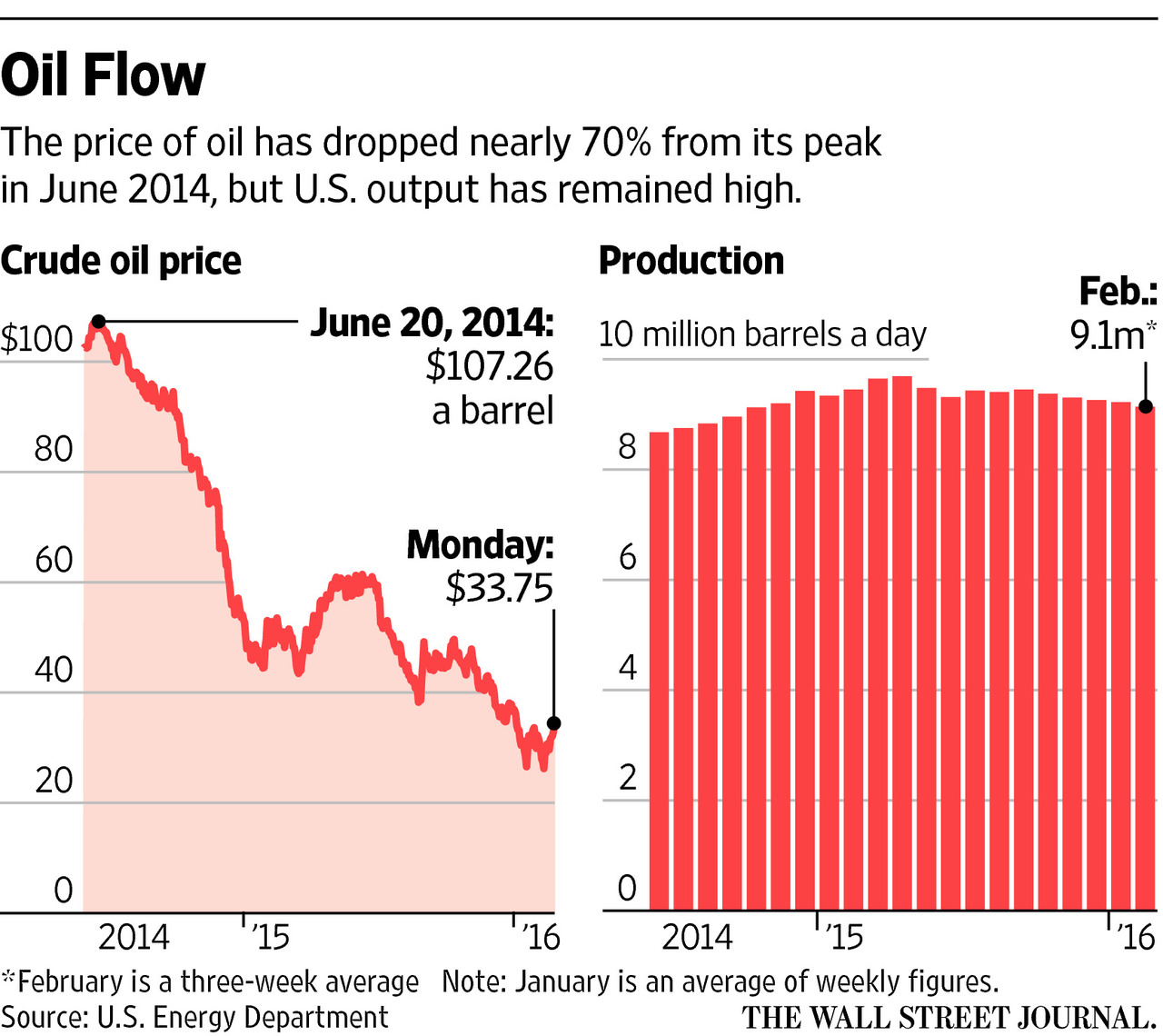 More than three dozen energy companies have collectively gutted their budgets by nearly 50% on average in recent weeks, dialing back spending for the year by roughly $36 billion when compared with 2015.

“They’re being forced to cut,” said  David Tameron, an energy analyst at Wells Fargo Securities. “When you cut spending, naturally production goes down.”

If that drop does materialize, it could boost crude prices back to the $40-a-barrel range, according to IHS.

One risk, though, is that as prices move higher, some producers may be tempted to turn on the spigot once again, a move that could in turn drive prices back down.

That happened last spring when prices popped back to $60 a barrel, spurring producers to race back into oil fields and tap new wells.

If that happens, prices could collapse even below current levels, said Jamie Webster, senior director of oil markets for IHS.

“It wouldn’t surprise me if it were single digits,” Mr. Webster said of the potential for oil prices to fall below $10 a barrel if U.S. producers decide to drill more.

Some companies, particularly those that have hedged against falling prices, are bucking the trend.  Pioneer Natural Resources  Co., which drills in West Texas, still plans to boost production at least 10% this year thanks in part to hedging contracts that give it above-market prices for much of the crude it pumps.

“We have good hedges, we have a great balance sheet, and still good returns,” said  Scott Sheffield, Pioneer’s chief executive.

Jim Teague, who runs  Enterprise Products Partners  LP, one of the biggest pipeline companies in the U.S., said he can’t predict how long the pain in the oil patch will last.

“I don’t have a clue how low crude oil is going to go, how long it’s going to stay there, or what normal’s going to look like” when things finally stabilize, he said. “People keep calling it a cycle. I call it pure hell.”

—Alison Sider and Dan Molinski contributed to this article.