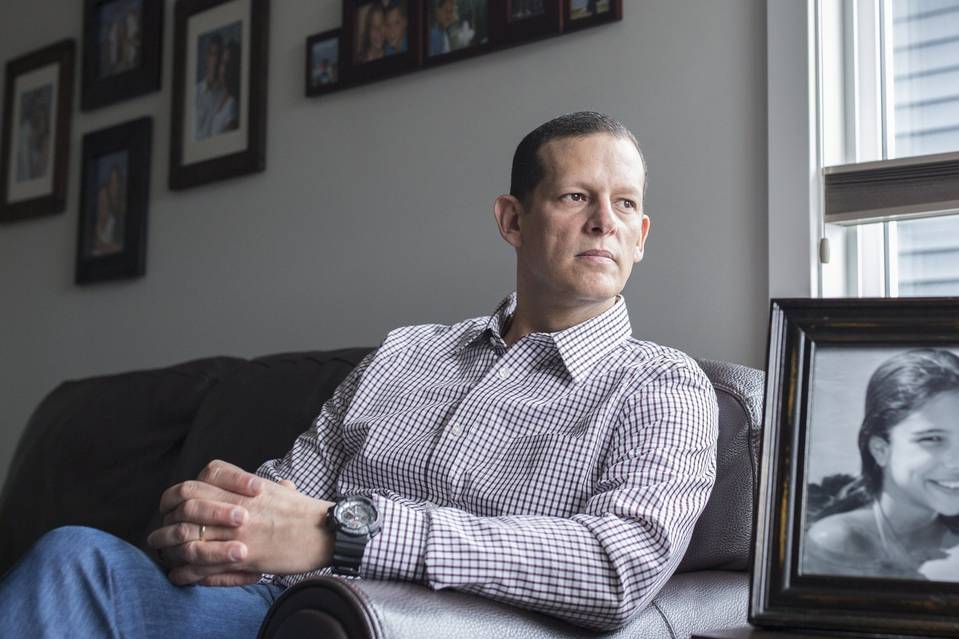 Venezuelan Humberto Romero hasn’t been able to find a job in Canada since he was laid off in 2015.
Photo: Chris Bolin for The Wall Street Journal

After immigrating to Canada from Venezuela in 2005, petroleum engineer Humberto Romero received three job offers within a month of completing a church-affiliated orientation program.

But since getting laid off last April by his longtime employer, he has been unable to find a new job in Canada, and says he can’t go home because of the economic and political crisis there.

“I thought I’d get another job in three months, but it’s been nine months and I’ve only had a couple of interviews,” said Mr. Romero, who is 52 years old and married with two teenage children. He was let go from Husky Energy Inc. after a decade with the Calgary-based company. “The competition is really intense for the few jobs available,” he said.

Amid the energy industry’s deepest retrenchment in two decades, some oil-and-gas workers who followed the energy boom of the last decade in search of better opportunities are finding themselves jobless and far from home. The oil-price collapse has led energy producers to lay off more than 300,000 workers world-wide, according to Houston consultant Graves & Co.

Few countries likely have produced as many out-of-work energy professionals seeking opportunities abroad as Venezuela, and now many of these expatriates are caught between job losses overseas and economic chaos in their homeland. 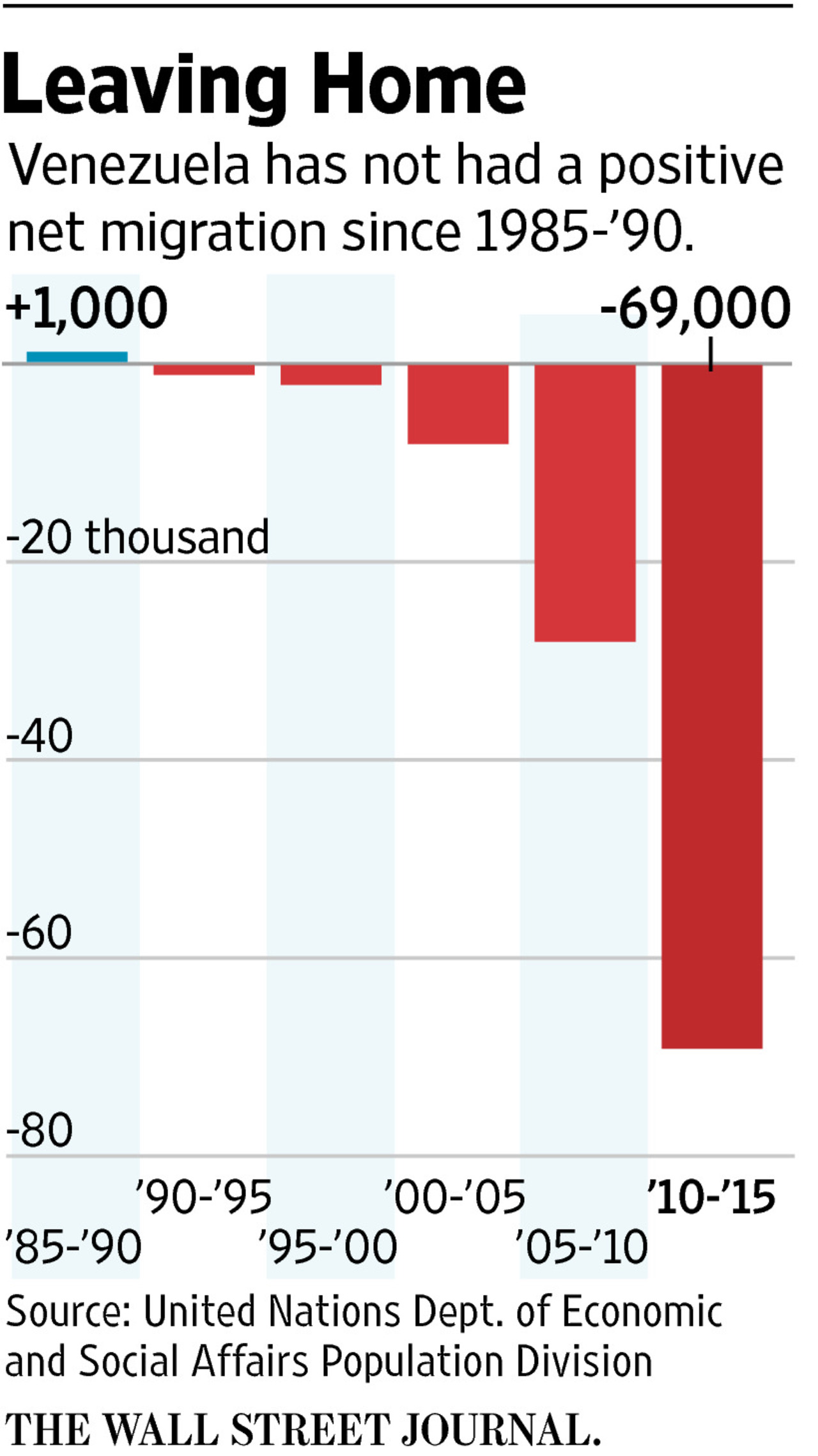 Thousands of oil workers, many of whom are alumni of the country’s state-run oil company Petróleos de Venezuela SA, or PdVSA, fled the country, mostly after a strike between 2002 and 2003 that aimed to depose late President Hugo Chávez. The leftist leader fired 19,000 workers who had supported his ouster—nearly half of PdVSA’s labor force at the time—with the stroke of a pen.

Caracas-based alumni group Petroleum People estimates three out of four of those fired workers, who were mostly engineers and midlevel managers, left for jobs in Mexico, Argentina, Colombia and the Middle East, as well as the U.S. and Canada. Since then, thousands more have departed, including mechanics and technicians with more than two decades of experience, said Venezuelan oil union leader Ivan Freites.

The western Canadian province of Alberta, which faced a chronic shortage of trained workers during a decade of booming investment in its oil sands, proved a major draw for Venezuelan workers. Their familiarity with heavy oil in Venezuela’s Orinoco basin, similar to oil sands’ extra-heavy crude, made them highly sought-after by Canadian producers.
Advertisement

Venezuela ranked as one of the top 10 sources of immigrants to Alberta in the mid-2000s, when it accepted hundreds of families a year, according to provincial labor data.

Repatriating isn’t an option. The South American nation’s economy is in shambles, jobs are scarce and fear of political oppression widespread. The International Monetary Fund estimates Venezuela’s economy, which counts on oil for nearly all of its exports, will shrink by 8% this year after a 5.7% contraction in 2015. 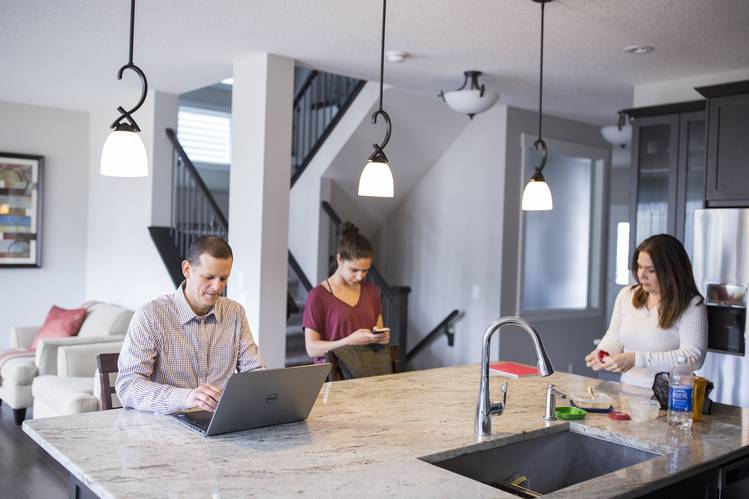 Mr. Romero, with his wife Mariela Palmer and their
17-year-old daughter Daniela Romero in their
Calgary, Alberta, home on April 12.
Photo: Chris Bolin for The Wall Street Journal

More than 100 professionals leave the local industry monthly as the economic situation deteriorates in the county, Mr. Freites estimates.

Francia Galea, a former engineer at PdVSA’s once prestigious research arm Intevep, has been working in Kuwait for the past four years and says she has no intention of returning. Instead, the 64-year old plans to move to the U.S. where she will file for political asylum.

“What would I do in Venezuela? There’s no work, there’s no medicine, there’s high crime,” she said. “It’s almost a refugee status that we’re in.”

The spread of Venezuela’s exiled workers around the world points to how the oil industry became globalized.

“The oil industry is probably the most mobile industry” for workers, especially those with specialties such as deep-water or unconventional extraction, said Neil Gascoigne, a Houston-based global manager for Hays Specialist Recruitment LLC. “There’s been plenty of opportunity to ply your trade all around the world.”

Trained energy professionals were in high demand—particularly in emerging energy-production centers such as Canada and the U.S.—before oil prices started a precipitous slide in mid-2014.

Since then, jobs for expatriates have “kind of been shut down to those in only the most central roles,” said Peter Clarke, the New York-based head of PricewaterhouseCoopers LLP’s global mobility practice. “Some of these people have become nomads” in search of work.

Many in Calgary’s Venezuelan community say they and their families have put down roots, and are trying to find ways to stay in Canada, even if oil-patch jobs are difficult to come by.

Gerson Charmell, a 52-year old supply-chain expert with an M.B.A. who immigrated to Canada from Venezuela with his family in 2006, was laid off from ConocoPhillips ’s Canadian unit in February 2015 and has since struggled to find work and pay the bills. His first grandchild—a Canadian citizen—was born last year to one of his two sons, both of whom were educated in Alberta and are employed outside the energy industry.

“I am downsizing my home to try to stay in Canada,” Mr. Charmell said.

PdVSA veteran Lorenzo Hernandez, who immigrated to Canada in 2004 but lost his job at Royal Dutch Shell PLC’s Canadian subsidiary last August, said he is volunteering more with the expatriate group. “The good thing about being laid off is that it has given me a chance to provide additional support to the community,” he said.