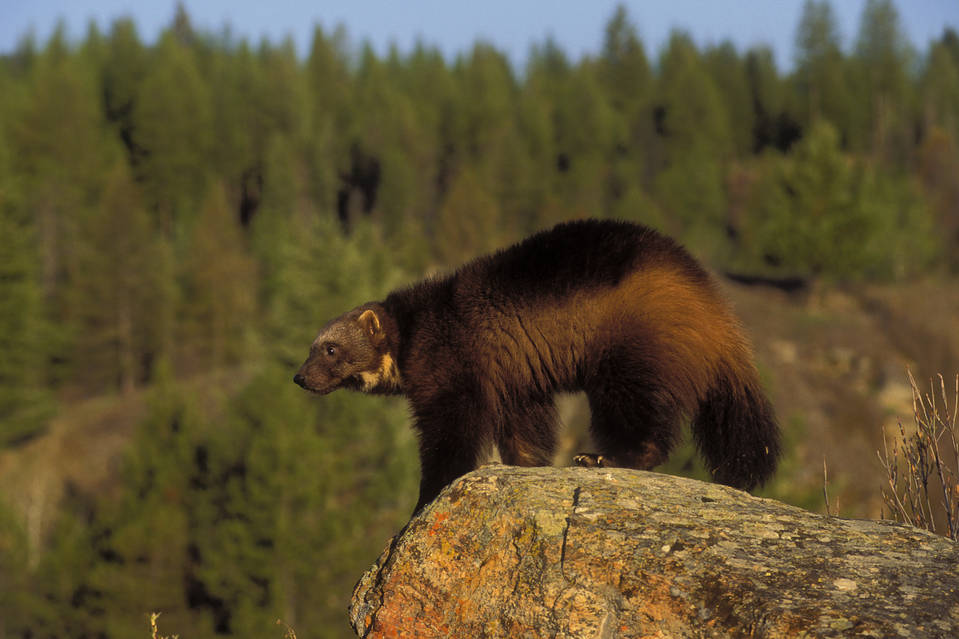 A wolverine in the Rocky Mountains. Photo: Getty Images
By
Terry L. Anderson

On April 4 a U.S. District Court in Montana overturned a 2014 decision by the U.S. Fish and Wildlife Service not to list the North American wolverine as an endangered species. Has the animal been hunted to near extinction or its habitat destroyed? No. The danger, the court ruled, comes from climate change, and the time to act is now.

Radical environmentalists applauded. But the ruling isn’t based on science or reason, but rather the dire predictions of climate crusaders. Worse, it fundamentally changes the way the Endangered Species Act has been interpreted since it became law in 1973.

The North American wolverine, nicknamed the “mountain devil,” is a ferocious, reclusive species, living high in the Rocky Mountains and denning in snow banks. Because it is seldom seen, environmental groups such as Defenders of Wildlife, Earthjustice and several others petitioned the Fish and Wildlife Service to list the wolverine.

Just because they are seldom seen, however, wasn’t enough to justify listing. Instead, the Fish and Wildlife Service sided with officials from Western states who opposed protection based on their studies showing wolverine populations have been increasing and aren’t in any immediate danger of extinction.

With science against them, the environmental groups turned to the court and to predictions that rising global temperatures will eliminate “two-thirds” of the wolverine’s denning habitat by 2085. Obama-appointed Judge Dana Christensen reversed the science-based ruling, saying that “No greater level of certainty is needed to see the writing on the wall for this snow-dependent species squarely in the path of climate change.”

Never mind that the law only protects the wolverine from hunting, trapping, poisoning and development, or that listing the species can do nothing to reduce any threat there might be from global warming.

Of course, listing species even if they aren’t really endangered is nothing new. Recall the 1990 listing of the northern spotted owl in the Pacific Northwest. While the government debated whether to list the spotted owl, advocates openly admitted the debate wasn’t about science, but about stopping logging.

As Andy Stahl, chief forester for the Sierra Club Legal Defense Fund at the time, put it, the owl “is the wildlife species of choice to act as a surrogate for old-growth forest protection.” Now the wolverine is the species of choice for regulation in the name of climate change.

The Montana court ruling adds to other nonscience- based administrative interpretations of the Endangered Species Act. In July 2014 the Fish and Wildlife Service decided that “if a species is endangered or threatened in a significant portion of its range, it is protected throughout all of its range.” Under another rule change in February 2016, any habitat that simply has the “potential” to sustain a species can be regulated.

Like Obama administration rule changes with the Clean Power Plan or Clean Water Rule, these changes to the Endangered Species Act combine with court rulings to take climate-based regulations to a new level. Under the guise of science, mission-driven environmentalists, politicians and bureaucrats are using the act to regulate land where there are no endangered species, but an abundance of scare tactics.