Fracking, a help in the climate fight, deserves respect from greens | Editorial 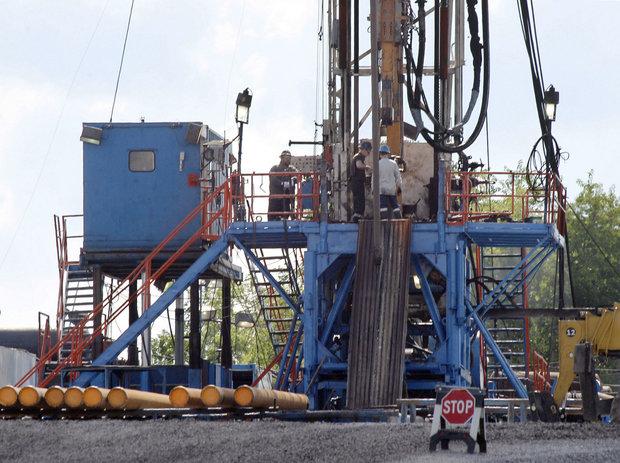 A crew works on a gas drilling rig at a well site for shale based natural gas June 25, 2012, in Zelienople, Pennsylvania. The oil and gas drilling method known as hydraulic fracturing, or “fracking,” mobilizes thousands around the country both for and against the process, industry and some environmental. Hydraulic fracturing to drill for oil and natural gas has not caused widespread harm to drinking water in the United States, the Environmental Protection Agency said Thursday in a draft report. The report found several specific instances where poorly constructed drilling wells and improper wastewater management affected drinking water resources. But it said the number of cases was small compared to the large number of wells that use hydraulic fracturing, better known as fracking. The controversial drilling technique could affect drinking water if safeguards are not maintained, the report said. (AP Photo )
By Star-Ledger Editorial Board
on October 20, 2015 at 7:45 AM, updated October 20, 2015 at 9:20 AM

But because that success is based on the boom in fracking, which carries its own risks, many environmentalists are resisting this conversion. In New Jersey 40 concerned groups, from labor unions to the Sierra Club, have formed a coalition to promote green energy, and one of its priorities is to block natural gas pipelines in the state.

Last week, the Union of Concerned Scientists issued a report warning of dependence on natural gas, and ranking New Jersey as one of 16 states at “high risk” of price swings due to overreliance on natural gas.

What is going on here? Has the environmental movement lost its collective mind?

Yes, fracking presents risks. The chemicals used to crack rock formations could leak into underground aquifers. And the process can release methane, undercutting some of the potential gains.

But those risks can be managed. The Environmental Protection Agency concluded in June, a decade into the fracking frenzy, that incidents of water contamination were rare and minor. Methane emissions, meanwhile, are declining and the EPA proposed regulations in August to reduce them by another 40 to 45 percent.

So how about some perspective? Any sensible energy policy must weigh one risk against another. This is not a close call.

The impact of climate change is no longer theoretical; it is measurable. Glaciers worldwide have lost one-third of their mass since World War II. Sea levels have risen by about 5 inches during the same period. Weather patterns have gone haywire, with more frequent heavy rains and deeper droughts. Species of life are being driven to extinction, or near it. The 10 hottest years on record have all occurred since 2000.

These effects threaten to create massive human suffering and violence. Scientists warn that food supplies will be disrupted, and coastal cities inundated. Poor nations are the most vulnerable, so we can count on new refugee crises across the globe. The social chaos could lead to wars, which is why the Pentagon considers climate change a national security threat.

Opponents of fracking say they want to fight climate with different tools, like imposing a carbon tax, and subsidizing solar, wind and conservation efforts.

But we do not have the luxury to choose our favorite tool in this uphill fight. We need to use them all.

PSEG has two massive power plants that for many years burned coal, one in Mercer County and one in Hudson County. Both plants converted to natural gas as prices dropped.

It happened because of fracking. And that is a tangible gain for pubic health, and for the fight against climate. For green groups to oppose it is a travesty.