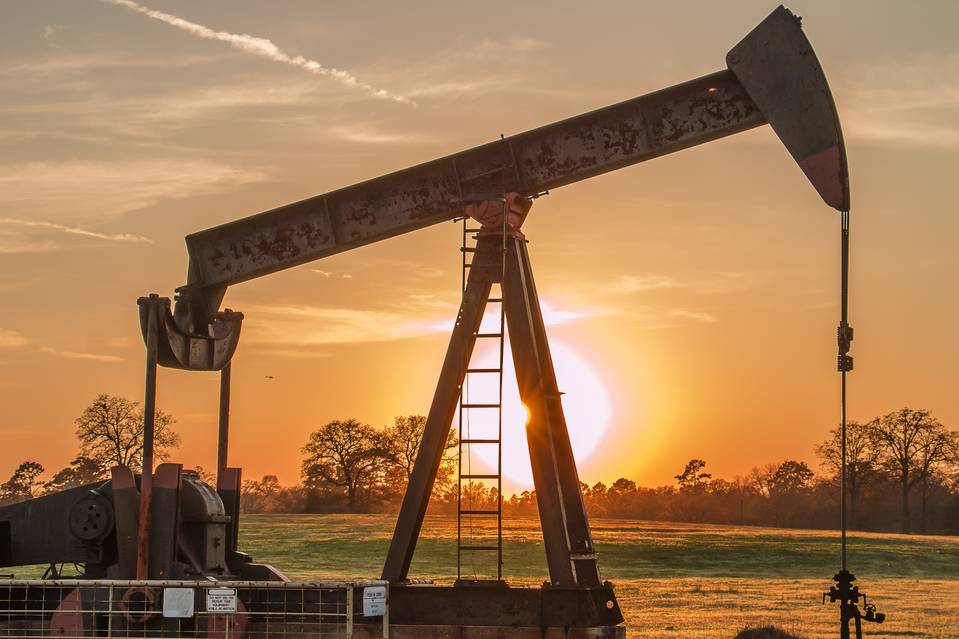 In mid-May nearly 9.6 million barrels of oil a day were pumped across the country, the highest level since 1970.
Photo: CLINT JONES/TYLER MORNING TELEGRAPH/ASSOCIATED PRESS
By Russell Gold

Wall Street’s generous supply of funds to U.S. oil drillers helped create the American energy boom. Now that same access to easy money is keeping them going, despite oil prices that are languishing around $60 a barrel.

The flow of money into oil has allowed U.S. companies to avoid liquidity problems and kept American crude production from falling sharply. Even though more than half of the rigs that were drilling new wells in September have been banished to storage yards, in mid-May nearly 9.6 million barrels of oil a day were pumped across the country, the highest level since 1970, according to the most recent federal data.

Helped by a ready supply of money, the flow of oil from the U.S. could keep crude prices low for the remainder of 2015 and beyond.

It wasn’t supposed to happen this way. As crude prices began to plunge last year, many energy experts predicted a repeat of 1986 when U.S. oil companies lost their funding and the industry collapsed into a years long bust. Without money, companies had to slow or even stop drilling for the crude that helped create a global glut. Many were forced to sell out to rivals or go bankrupt. 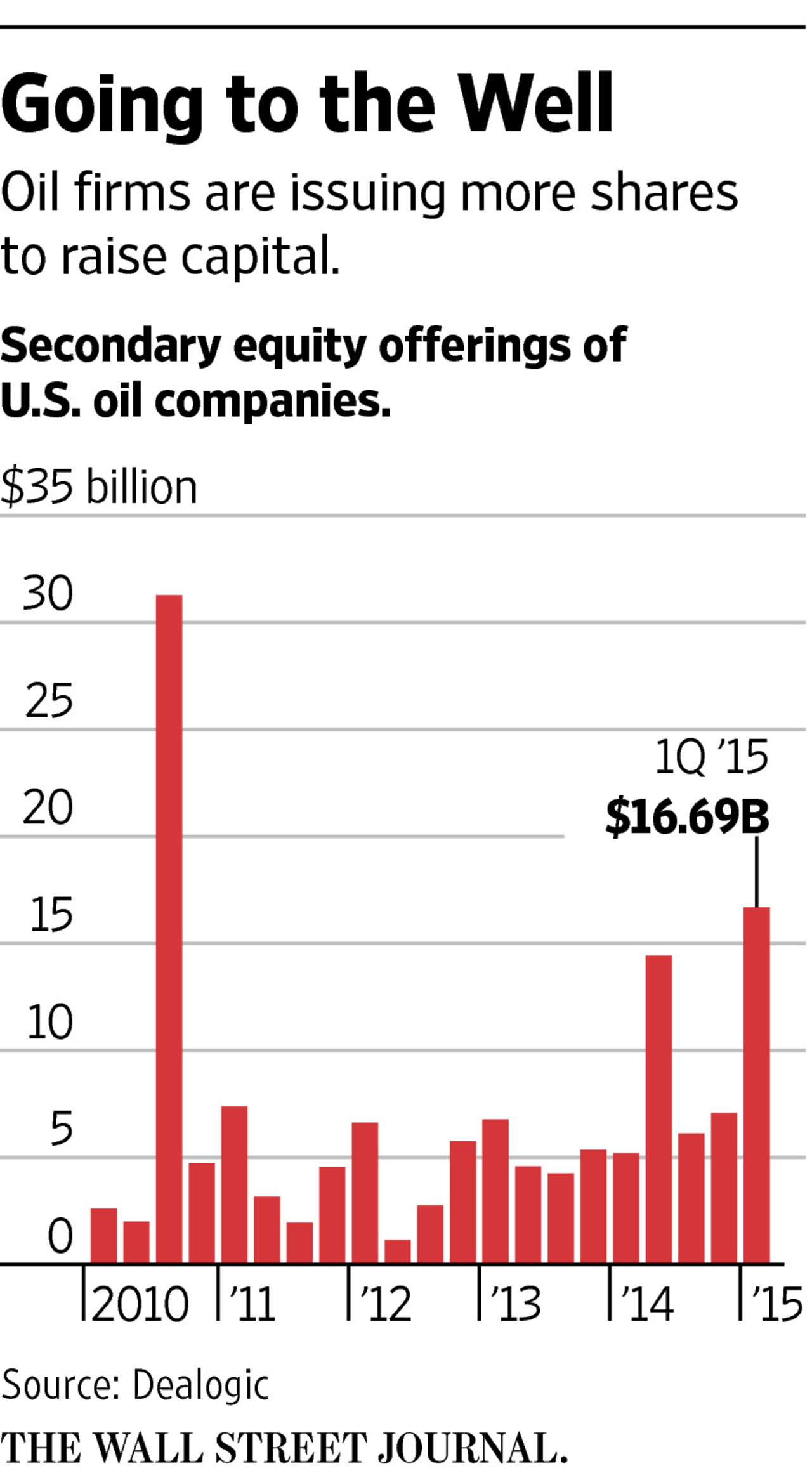 But the gloomy scenario of that downturn hasn’t played out on a large scale this time. That is because banks, private-equity firms and institutional investors have continued to pour money into the sector even as oil companies slashed billions of dollars in spending from their budgets and laid off more than 100,000 workers.

Interest rates remain at historic lows, which creates significant cash in search of good investments. That makes drilling attractive to some investors even though crude prices are $50 a barrel lower than they were a year ago. Historically, energy companies have offered competitive returns.

On top of that, energy shares are lagging behind the overall stock market. Over the past year, the S&P 500 is up 9.6%, but energy stocks in the index are down 17.6%. Some investors, betting on an oil price rebound, regard energy stocks as a relative bargain.

Private-equity firms are on pace to invest a record $20.6 billion in startup oil and gas companies this year, according to Preqin, which tracks private-equity expenditures.

“Essentially, everyone that we talked to except for one small firm, wanted to do a deal with us,” says Mr. Langford, chief executive of Luxe. “There is a lot of money out there.”

Many energy-market experts say that what the industry needs right now is discipline, not more drilling investment.

Last fall, Saudi Arabia refused to cut its oil production to keep crude prices from falling, leaving a gaggle of American oil producers and their financial backers as the principal mechanism for putting a floor under oil prices. The Organization of the Petroleum Exporting Countries is set to meet again this week in Vienna, but is expected to shirk off pressure to cut production and keep pumping all it can.

“I’ve been surprised by the amount of money that has come into the sector” since oil prices started falling, said Paul Korus, chief financial officer of Cimarex Energy Co., a midsize energy company based in Denver.

Much of that stems from a fundamental belief that investors should buy now when oil prices are low, he says. “We all think there will be some sort of recovery, but we don’t know when it will recover and what it will recover to.”

Cimarex is one of several outfits to tap public markets by issuing more shares. In the first three months of 2015, U.S. listed companies issued $16.7 billion of new shares and convertible bonds, the highest level since 2010, according to Dealogic.

Most are using the cash to clean up their balance sheets. But Cimarex, which raised nearly $750 million in late May, plans on spending it to drill more wells in Texas, Oklahoma and New Mexico. The company had cut its rig count to six from 20; plans now call for nearly 20 rigs to be drilling again by the end of the year.

Since U.S. energy companies feasted on cheap capital during the boom  and financial markets didn’t mete out capital discipline analysts say other companies may follow Cimarex’s lead and resume drilling.

“A lot of the industry seems to function that if you give them a dollar, they will spend it. That leaves the capital markets as the only source of discipline,” said Michael Levi, a senior fellow at the Council on Foreign Relations. “If there is more capital than is warranted, you are going to see companies pick up drilling in the second half of the year and that will put pressure on prices.”

Banks aren’t reining in oil company borrowing, at least not yet. Loan officers surveyed by the Federal Reserve in April said they expect an increase in energy companies unable to pay back their loans, and were preparing by restructuring agreements.

Many companies have other options. Goodrich Petroleum Corp., concerned that its line of credit would be reduced, obtained a $100 million “second-lien” debt deal at a relatively high 8% interest rate.

Companies that aim to sell oil and gas fields to stay solvent will find buyers. When SM Energy Co. offered up properties in Louisiana, Oklahoma and Texas, most bidders were private-equity backed companies, said people familiar with the deal.

Of course, not every company has secured the funds its needs to survive. This spring Halcón Resources Corp., a Houston-based oil company, swapped some of its debt for shares, a move that Standard & Poor’s classified as a selective default. S&P analyst Carin Dehne-Kiley said it won’t be the last. “There will be more defaults before the year is up,” she said.