He kills a natural gas pipeline that would reduce electricity costs. 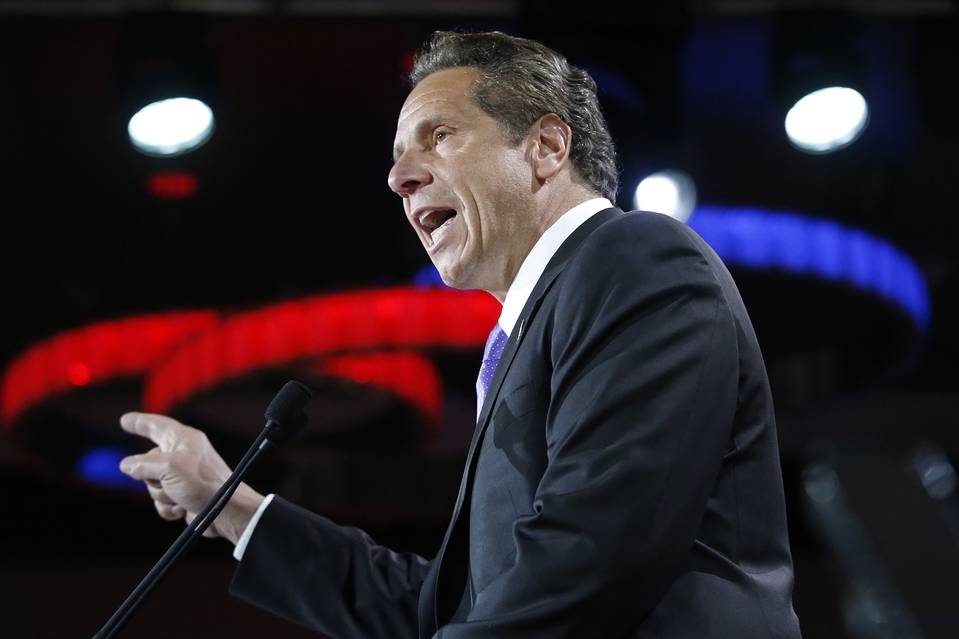 Andrew Cuomo is gearing up to prevent any liberal challenge to his re-election campaign in 2018. Having banned hydraulic fracturing, New York’s Governor is now blocking a pipeline to deliver cheap natural gas to New York and New England.

As world leaders celebrated the Paris climate change accord in New York on Friday, Mr. Cuomo made a toast by rejecting a water permit for the 124-mile Constitution natural gas pipeline between eastern Pennsylvania and Albany. He wants to prevent other states from realizing economic benefits that he’s denied New Yorkers.

Shale fracking has driven down natural gas prices and boosted manufacturing in the Midwest and Southeast—domestic production has more than quadrupled since 2009—but limited pipeline capacity has constrained supplies in the Northeast. Consumers compete with power plants for heating fuel in the winter, raising gas and electricity prices.

In 2014 the average retail price of electricity in New York was 16.3 cents per kilowatt hour—fourth highest after Hawaii, Alaska and Connecticut, and 60% more than the national average. Rhode Island, Massachusetts, New Hampshire and Vermont ranked fifth, sixth, seventh and ninth, respectively.

The Constitution Pipeline promised to deliver enough natural gas from the Marcellus Shale to fuel three million homes in New York and New England. Converting to natural gas from heating oil would save the typical upstate New York homeowner $1,000 per year.

Connecticut Attorney General George Jepsen, a Democrat, advocated the pipeline’s approval to the Federal Energy Regulatory Commission (FERC) in 2014 because of “unprecedented electricity price increases in the coming years” due to natural gas infrastructure constraints. Amphenol Aerospace, a manufacturer, says it stayed in Sidney, New York, only because of assurances from “state officials that they would assist us in bringing natural gas to plant.”

FERC approved the pipeline in 2014, declaring that careful engineering and $26 million in environmental mitigation would reduce any adverse impact to “less than significant levels.” After delaying the pipeline’s water-quality certification for 16 months, the New York Department of Environmental Conservation now says developers haven’t provided “comprehensive and site-specific analysis.”

The developers including Williams and Piedmont Natural Gas dispute the agency’s story, and green groups are taking victory laps. The greens hope that restricting the market for shale gas will limit drilling in the Marcellus.

Constitution plans to appeal in federal court. In addition to abridging due process, the state may be violating the Constitution’s Commerce Clause by unfairly blocking the distribution of Pennsylvania gas throughout the Northeast.