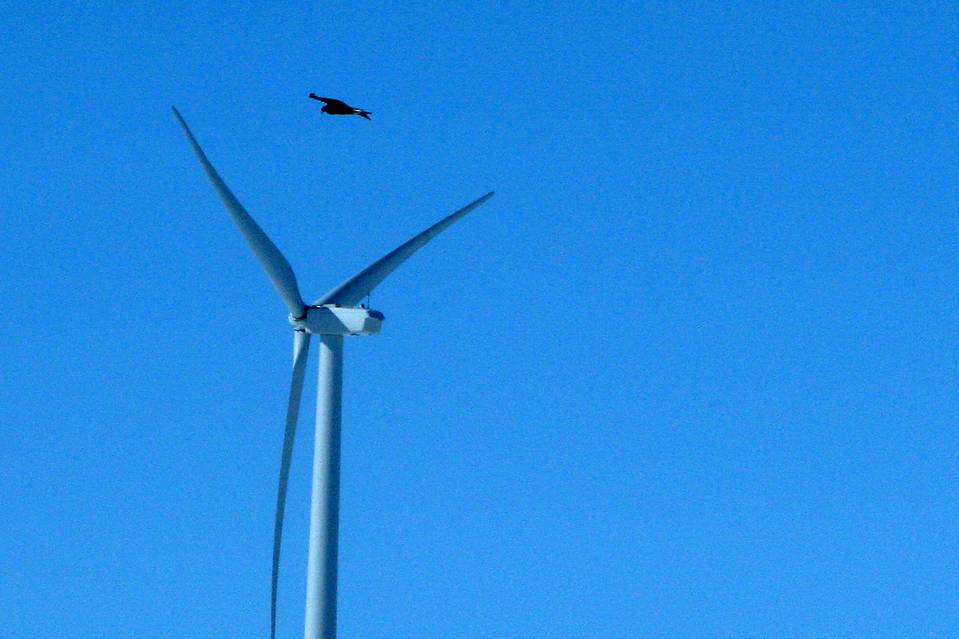 The U.S. Fish and Wildlife Service, the agency charged with protecting bald and golden eagles, is once again trying to make it easier for the wind industry to kill those birds.

Two weeks ago the agency opened public comment on “proposed improvements” to its eagle conservation program. It wants to extend the length of permits for accidental eagle kills from the current five years to 30 years. The changes would allow wind-energy producers to kill or injure as many as 4,200 bald eagles every year. That’s a lot. The agency estimates there are now about 72,434 bald eagles in the continental U.S.

Let’s hope Judge Lucy H. Koh is keeping an eye out. Last August, Ms. Koh, a federal judge in California, shot down the Fish and Wildlife Service’s previous “improvements.” In a lawsuit brought by the American Bird Conservancy, Judge Koh ruled that the agency had violated the National Environmental Policy Act by declaring that it could issue 30-year permits without first doing an environmental assessment. Now the agency has drafted an environmental review and is still pushing for the 30-year permits.

Yet as Judge Koh noted in her ruling, one of the agency’s own eagle program managers warned that 30-year permits are “inherently less protective” and “real, significant, and cumulative biological impacts will result.”

A 2013 study in the Wildlife Society Bulletin estimated that wind turbines killed about 888,000 bats and 573,000 birds (including 83,000 raptors) in 2012 alone. But wind capacity has since increased by about 24%, and it could triple by 2030 under the White House’s Clean Power Plan. “We don’t really know how many birds are being killed now by wind turbines because the wind industry doesn’t have to report the data,” says Michael Hutchins of the American Bird Conservancy. “It’s considered a trade secret.”

The new rule could further harm golden eagles, which are rarer than bald eagles and are being whacked by wind turbines in far greater numbers. Mr. Hutchins says that the lack of protection for golden eagles is “the biggest weakness of this whole rule.”

The double standard is stunning. In 2011 the Fish and Wildlife Service convinced the Justice Department to file criminal indictments against three oil companies working in North Dakota’s Bakken field for inadvertently killing six ducks and one phoebe.

Now see how the agency treats wind: In 2013 it submitted to the Federal Register that “wind developers have informed the [Department of the Interior] and the Service that 5-year permits have inhibited their ability to obtain financing, and we changed the regulations to accommodate that need.”

Nine months after being rebuked by a federal judge, America’s top wildlife protector is still bending over backward to accommodate an industry that is killing iconic wildlife while at the same time collecting huge subsidies from taxpayers. If there’s a better example of regulatory capture and crony capitalism, I can’t think of one.

Related Letters to the Editor:

The Obama Fish & Wildlife Service has recently granted every windmill farm in America the privilege of killing up to 4,200 eagles a year for 30 years. This demonstrates the priorities of the liberals. In the 1970s they pushed to outlaw DDT world-wide because DDT harmed the eggs of eagles and other birds. As a result, the mosquito population increased exponentially, spreading malaria and killing millions of Africans and South Americans in warm, humid areas of the globe. Now, eagles will take a back seat to the global-warming scare so that liberals can increase government intrusion into our lives, not to mention increasing our utility bills drastically. In short, sacrifice humans for birds but sacrifice birds for government control.

This hypocrisy should stun no one who soberly assesses an agenda-driven administration that will stop at absolutely nothing to destroy the basic American principles of individual rights and freedom from an oppressive government. Wind turbines are clubbing eagles to death. The metaphor couldn’t be clearer.

As stated on its website, the FWS’s mission is: “working with others, to conserve, protect and enhance fish, wildlife, and plants and their habitats for the continuing benefit of the American people.” That mission is in serious jeopardy.